Middle Beach is located on the southwest coast of Bermuda in Warwick Parish, 3.6 miles south-southwest of the capital city of Hamilton. This beach is best accessed by parking in South Shore Park on South Road and then take the trails southward until one hits the beach. The beach likely gets its name from a series of rocks separating it from the rest of the coast.

Middle Beach has soft, warm sand but is better known for the many large rocks scattered around the beach and continuing into the water. The water is good for snorkeling although the rocks may interfere with swimming some. Public restrooms are not available at Middle Beach nor are lifeguards stationed. There are no concessions available at this beach. This beach can become quite busy as it is located in a high-traffic tourist area so arrive early to secure a good spot.

There are two golf courses within walking distance of Middle Beach: Turtle Hill Golf Club at the Fairmont Southampton, just over a half mile to the west and Riddell’s Bay Golf & Country Club, 0.8 miles to the north of the beach. Gibbs Hill Lighthouse, the oldest cast iron lighthouse in the world, is located just under a mile to the west of Middle Beach. One can have a panoramic view of Bermuda’s coastline by climbing the 185 steps of the lighthouse. Gibbs Hill Lighthouse has an on-site restaurant and gift shop. Admission is free to the public.

There are several restaurants less than a half of a mile to the west of Middle Beach, making for a variety of nearby dining options. These include Mediterra,Jasmine Lounge, Ocean Club, The Dock, The Newport, Waterlot Inn, Wickets, and Windows on the Sound. Mediterra is a fine dining Italian restaurant known for their pasta. Ocean Club and Windows on the Sound are both informal restaurants serving Caribbean cuisine. Wickets is the most casual of the restaurants and serves eclectic fare.

Other accommodations within two miles of Middle Beach include Longtail Cliffs Apartments, The Reefs, Granaway Guest House & Cottages, and Blue Horizons. The Reefs is a mid-sized resort with 61 guestrooms located on a limestone cliff overlooking the ocean. The resort offers live entertainment nightly, three restaurants, and a spa. Granaway Guest House & Cottages is a manor house that was built in the mid-1700s and has just ten guestrooms, each with a private bath. Specific in-room amenities may vary according to guests’ choice of room.

Login To Write A Review.

Sorry, you don't have permisson to post a review. 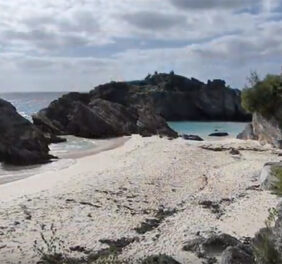 Why are you reporting this listing?