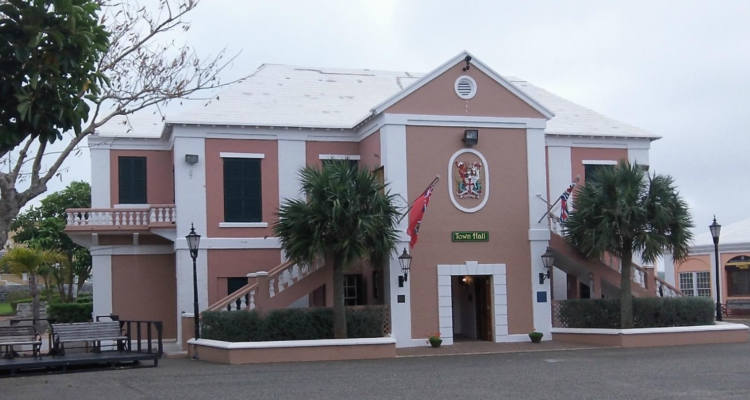 The History of Bermuda can be traced back to 1505 when it was first sighted by the Spanish captain Juan de Bermudez, for who the island is named.

Although he discovered it, the archipelago was largely left alone for over a hundred years until 1609 when Admiral Sir George Somers’ ship, the Sea Venture, was shipwrecked on the east end reefs of Bermuda. Somers and the other 150 sailors and settlers aboard the ship were able to come to shore.

Originally bound for the new English colony of Jamestown of Virginia, the survivors were able to build two new ships while in Bermuda, the Patience and the Deliverance and set sail again for Jamestown after having been in Bermuda for 10 months.

Bermuda has been continuously inhabited since the shipwreck in 1609. 1n 1612, the first official settlers were sent to Bermuda by the Virginia Company of England.

Slavery was present in Bermuda from the 1620s, when the first slaves were brought to Bermuda, soon after the colony was established. However, whites were the majority until the 18th century despite the near constant influx of Latin American and African blacks, Irish, and Native American slaves. Ultimately, the slave trade was outlawed in 1807 and all slaves were freed on August 1st, 1834.

Bermuda officially became a British colony in 1684 when the British government took control from the Bermuda Company, the successor of the Virginia Company. In 1809, construction began on the Royal Naval Dockyard as Britain planned to transform Bermuda into a heavily fortified naval base.

In the Victorian times of the mid-1800s, tourism started to develop in Bermuda. The wealthy elite visited Bermuda in order to escape the harsh North American winters. In addition, many American fathers visited Bermuda during this time in the hopes of finding eligible bachelors among the officers of the Naval Base and Garrison to which they could marry off their daughters.

Hotels caught on and began to exploit this by organizing gatherings and dances with free entry to the naval and military officers. Princess Louise, the daughter of Queen Victoria, visited Bermuda in 1883 and helped promote it as a tourist destination.

In the early 20th century, the tourism in Bermuda began to develop further as modern transportation developed. In the 1930s, both Pan-American World Airways and Imperial Airways both started flying from the United States to Bermuda.

Motor cars were legalized for Bermudians and residents in 1946 but even today rental cars are not allowed for tourists. The first airport for large commercial aircraft was not built in Bermuda until after World War II.

Trains ran along the Bermuda Railway from its beginning in 1931 to its closure in 1948. It ran from St. George to Somerset in Sandys Parish. Today, the Railway Trail is popular with cyclists and walkers. In 1941, the United States leased a large portion of Bermuda and started construction of military installations. The U.S. Navy ceased all operations in Bermuda in 1995.

In 2000, the city of St. George was added to UNESCO’s prestigious world heritage site list. In 2009, Bermuda celebrated its 400th anniversary. Bermuda was visited by the Duke of Edinburgh and Her Majesty Queen Elizabeth II during the celebration.

More information on the Parish of St. George.